Just before my daughters 2nd birthday, we bought a swing set for the garden from Dunster House.  It seemed like excellent value, and other than having to get it delivered to a friendly Dive Centre in Eyemouth (long story, but it was free delivery there and about 1/4 the cost of the swing set to get it delivered at home) it’s been pretty good.  It was easy enough to construct, and at the time I decided just to use the metal posts hammered into the ground, rather than concrete in, as she was kind of light and we didn’t have many visitors using it at the same time.  Earlier this week all that changed when we had four children (from about 4-10) playing on it and my partner holding it down as it was moving so much! END_OF_DOCUMENT_TOKEN_TO_BE_REPLACED

END_OF_DOCUMENT_TOKEN_TO_BE_REPLACED

I don’t think I’d go as far as to describe myself as a Philatelist, but I do quite like stamps! END_OF_DOCUMENT_TOKEN_TO_BE_REPLACED

I was chatting with my Mum a few months ago about cars, and it got me thinking about all the cars I’ve had a driving relationship with.  I say that, as it doesn’t include other people’s cars or ones I’ve hired but ones that I’ve spent at least a number of months driving since passing my test in 1991.  Quite a few have been company cars, although more recently they’ve been cars I’ve bought and pretty much driven until they died!  Most of the earlier pictures are just ones found on the internet, but the later ones are the actual cars.
END_OF_DOCUMENT_TOKEN_TO_BE_REPLACED

END_OF_DOCUMENT_TOKEN_TO_BE_REPLACED 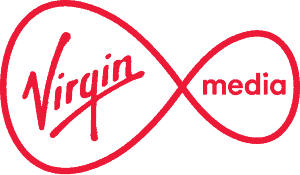 I can’t remember the last cold call I received during the day where I came from the call happy.  I’m registered with the Telephone Preference Service (TPS) although this doesn’t seem to stop the endless stream of calls to help me claim PPI, damages from no-fault insurance claims, home improvements, etc.  To be honest, the call in question was probably best described as a ‘warm’ call, as it was from Virgin Media and even though I didn’t ask them to call, I have been a customer for several years. END_OF_DOCUMENT_TOKEN_TO_BE_REPLACED