I’ve been using emby in anger now for two months, so thought I’d provide a quick update on how things have gone.  I still have a jail running Plex 1.8.4, but it remains logged out of plex.tv and other than running in the background, scanning and updating with any new media I’ve added, I’ve not used it for watching any media in the house (although my 5-year-old daughter has used it occasionally on her iPad!). END_OF_DOCUMENT_TOKEN_TO_BE_REPLACED

I thought after the successful renewal of my certificates here, I’d set up a certbot cron task to run every day that should automagically renew any certificates due to expire within the next 30 days 😉 END_OF_DOCUMENT_TOKEN_TO_BE_REPLACED

My recent blog about cron reminded me that I’d started this one, but hadn’t got around to finishing it.  I’m using cron in the same jail to run an hourly task to update the web statistic for AWStats that I’d set up in my reverse proxy jail.  I had it set-up and running on my old FEMP jail, which I blogged about here.  It actually makes much more sense for this to happen on my reverse-proxy jail so I can track ALL of the stuff coming into my network.

END_OF_DOCUMENT_TOKEN_TO_BE_REPLACED 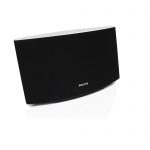 What is a Philips Fidelio I hear you ask?  Well, it’s an Airplay speaker I’ve had for about six years and for the most of that time it has gone completely unused, mainly because it was completely unusable!  After posting a review on the Philips website, I’ve now been sent a firmware updated, and it appears to be doing what it should, almost! END_OF_DOCUMENT_TOKEN_TO_BE_REPLACED 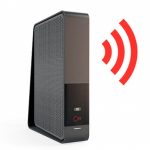 END_OF_DOCUMENT_TOKEN_TO_BE_REPLACED

After running so reliably for such a long time, I’d received another e-mail from CrashPlan today to say my backup set was below 100%.  Time for some investigation…. END_OF_DOCUMENT_TOKEN_TO_BE_REPLACED