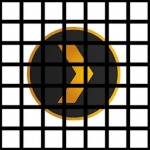 I thought I’d rebuild my Plex Media Server (PMS) jail today, so it’s using the latest FreeBSD 10.3 template which would hopefully mean when the next PMS update was released, I’d have no problem updating the jail.  While the 9.3 template jails continue to work on FreeNAS 9.10, comments on the forum seem to suggest that updating using packages or ports won’t work, so I was trying to get ahead of the game! END_OF_DOCUMENT_TOKEN_TO_BE_REPLACED

The SSL certificate for my company domain (apeconsulting.co.uk) was due to expire at the beginning of June and was slightly out of kilter with my other certificates.  They are all LetsEncrypt ones and are created using Certbot in a jail on my FreeNAS server, but for some reason Certbot had decided it doesn’t want to work anymore, which was one of the main reasons for updating my FreeNAS server here.  So after the upgrade, I had to decide whether to rebuild my NGINX proxy server (which I used for running Certbot) or to build a jail just for running Certbot and maintaining the certificates. END_OF_DOCUMENT_TOKEN_TO_BE_REPLACED

I knew I couldn’t use the auto updater built into FreeNAS, as this will take me to the latest stable or nightly train.  I was hoping I could just download the 9.10.1-U4 iso file from download.freenas.org and then use the Manual Update button to run this.  This throws up an error message before it’s even copied the files across to the temporary location. END_OF_DOCUMENT_TOKEN_TO_BE_REPLACED

Firstly, why oh why does FreeNAS version numbering need to so complicated, and why does it need to change every few updates from dot numbering, then date numbering, back to dot and then the addition of uN?  Don’t think I’ll ever understand it, but it’s only a minor reason I’m still running version 9.3.1 which dates back to May 17, 2015, so now just over one year old. END_OF_DOCUMENT_TOKEN_TO_BE_REPLACED 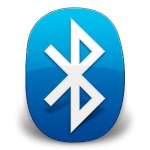 So, for the past few months, I’ve been having Bluetooth connection problems on my 2011 iMac, which given I use a Bluetooth keyboard and mouse is a bit of a problem. END_OF_DOCUMENT_TOKEN_TO_BE_REPLACED

I’m currently working in the Public sector (at least for the next 2 weeks!) providing my expertise around all things IT and Procurement 😀  As a result, I got asked to go along to an event a couple of weeks ago (on my birthday, if you’re interested) that XMA and Apple have been running across the UK to help teachers understand how to better use iPads and technology in the classroom. END_OF_DOCUMENT_TOKEN_TO_BE_REPLACED