Well, the answer to the question is a resounding YES, although there is a fairly BIG caveat!

On my first attempt, I’d selected the Grub boot loader as this is what eOS uses so I’d through from compatibility perspective it would make perfect sense.  Although the install completed successfully, I couldn’t get TrueOS to boot and it failed several times attempting to load the Apple Bluetooth USB Controller.

Take 2, but selecting the BSD boot loader and everything installed again without problems, and then reboots to a login screen and after a few nervous minutes eventually displays a GUI.  It doesn’t like the default video options though and shows a screen to change these.  After playing around a little I found that whatever settings I selected, it wouldn’t accept them, so I just skipped on.

This starts the TrueOS first-time setup, which is simply:

The Lumina desktop is then configured and TrueOS is ready to go.  Well, not quite!  I have no wireless connection (possibly down to not selecting the driver above) and no sound, whichever of the 6 available devices I select.  It’s a very light install, without even a web browser (although it does install VLC), although until I get the network connection sorted that’s not much use to me.

The good news is that it boots, so mac-e-True/OS all sitting happily on my MacBook Air. 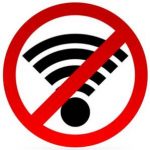 But here’s the BIG caveat.  I couldn’t find any way of getting back to the TrueOS first-time setup, so decided it would be quicker to attempt ‘Take 3’ and check the box I missed last time.  This resolves the sound issue, but still no network adapter.  I little more googling and it looks like the Broadcom chipset (BCM43224) used in the 2010 MacBook Air Airport Extreme card isn’t supported in FreeBSD 🙁

There are a few more things for me to try, but without access to the internet, these are going to be somewhat difficult.  I have an Ethernet USB adapter for the MBA somewhere, so I’m going to see if I can get that working first, and then at least I’ll be able to update and install packages (pkg) in TrueOS.  If I can’t get either to work, then TrueOS, or even FreeBSD, on the MBA isn’t really much use to me and I’ll be back to thinking of something else to run alongside macOS and eOS.

Now, where did I put that USB dongle…..