So I’d mentioned my Christmas present – a Raspberry Pi4 Desktop Kit – when blogged about Pi-hole here, but I’ve now started playing with the Pi4 for what I thought I might use if for (Raspbian & RetroPie) when I ask for one from Santa!

The first MicroSD cards I’ve been playing with has just the default installation of Raspbian with all of the standard tools. This is basically a lightweight Debian Linux and other than configuring the Wi-Fi and connecting a wireless keyboard and mouse, I’ve not really done much with it. That would be my first tip though if you’re thinking about asking Santa (or anyone else for that matter) for a Pi 4 – don’t bother with the Desktop Kit! I bought a case with some cooling and a wireless keyboard/mouse which are far more functional than the included Pi accessories, even if they don’t look as good (although I think the case looks even better!) 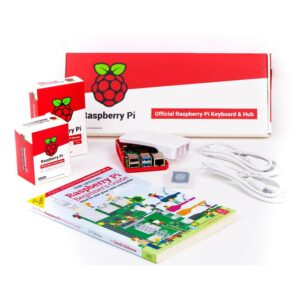 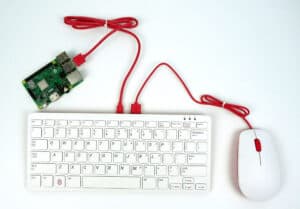 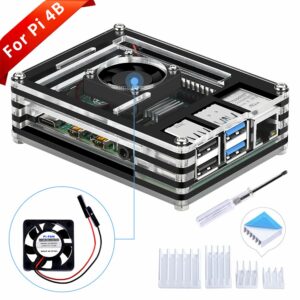 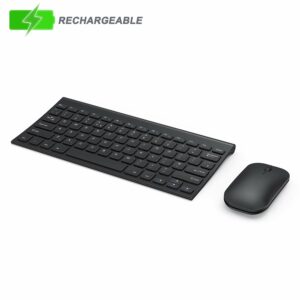 I’ve been using it with my daughter to learn about coding using a great application called Scratch. We actually playing with Scratch 2 as she got a book for Christmas which is a beginners guide. It’s quite funny as the book says that Scratch isn’t available for the Raspberry Pi but it was written back in 2015 and things change quickly in the IT world!

We haven’t got all the way through yet, but we’ve learnt lots already and made some great little programs. It’s a great way to introduce my 7-year-old to computing, and even just getting her used to using a keyboard and mouse will be good for her. It’s quite funny using the mouse as she’s left-handed so it’s been set for left-hand use making it a little more challenging for me to use!

My second MicroSD card has been set up for RetroPie, which has been slightly more of a challenge to get working, but now it is I’m reliving some great memories from when I was around the same age as my daughter, playing games on an Atari console at home and MAME games at the arcade when we visited our caravan on holiday.

Getting the WiFi working proved much more of a challenge, to the point I’ve been running wired for a little while. Also connecting my Sony Playstation Dualshock 3 controller using Bluetooth needed some help from Youtube, although was actually pretty straight forward once you know how! I also configured SSH access, so I could access the Pi4 from my iMac and transfer across various Roms that I’d accumulated over the last 10+ year of playing retro games on various platforms to varying levels of success.

I have to say, so far the Pi4 experience has been great, and I can see how it could be used as a lightweight desktop replacement for some tasks. My world is moving into a browser, and I very rarely stress my 2016 MacBook air on a day-to-day basis. I know that’s rocking somewhat more power than the Pi4, but at the same time, I’m using somewhat more heavyweight apps when many of them are now available as browser apps.

I’m certainly getting more use from the Pi4 than I ever did from the original Pi1 that I bought when they first came out. I really struggled to find any use for that, although still have it sat in the garage somewhere. Probably in the same box as my ZX Spectrum and Playstation, that I can now emulate on RetroPie!