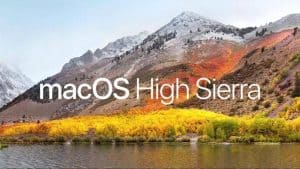 Not quite sure why, but I like playing with these.  They usually have some problems, and over recent years haven’t brought that many new features to the table, but it’s only a bit of fun and I’m fortunate enough to have sufficient devices that I don’t need to take the risk of having an unusable system that stops me doing anything.  Earlier this week I updated my iPad Mini 2 to the iOS 11 Public Beta, and it all seemed to work pretty well.  The change to the Dock and App Switching is very macOS like, and adding a basic file management App might even start to make an iPad look more like a replacement for a laptop device, which until now I’ve thought was little more than marketing nonsense from Apple.  That said, I rarely use my iPad for more than playing a few games (Real Racing 3 is brilliant) and web browsing, and it’s not going to make me rush out and buy a new one.  The iPad Mini 2 is now almost four years old and still works fine for my needs.  Heck, I even have an iPad 2 bought in 2011 that my daughter uses, and while it’s pretty slow, still works just fine.

But that’s not really why I started to write this blog!  Yesterday, I updated my 2011 iMac from a beta version of 10.12.6 (macOS Sierra) to Apple’s first Public Beta of 10.13 or macOS High Sierra.  You’ve got to love Apple’s crazy naming, and apparently, the name signifies a similar approach to the one they took back in around 2008 when they released Snow Leopard (10.6) the year after Leopard (10.5).  This update added very little to the UI (User Interface) but focused almost entirely on performance thus having a fairly major impact on the UX (User Experience).  It brought much of the OSX code from 32bit to 64bit, and the performance improvement was incredible and is still probably one of my favourite versions of OSX.  High Sierra is adopting a similar philosophy, with the most significant change to the file system.  Apple has been using HFS+ for as long as I’ve been using a Mac, but last years Sierra update included a beta version of their new APFS (Apple File System).  I don’t know anyone who upgraded to APFS, so not sure what level of beta feedback they got, but this year APFS is going to be the default, so I thought I’d give that a whirl too.  This was probably the most worrying aspect, as changing the file system is pretty fundamental and has the potential to screw things up pretty badly.  I’m not worried about losing the data from the iMac, or it been unusable, but didn’t really look forward to having to start from scratch reinstalling the previous version if everything went Pete Tong!

Well, you’ll be pleased to know it didn’t.  In fact, I’d go as far to say the upgrade went remarkably well.  I’d even done it through a Remote Desktop Connection, and although this was lost for about 30 minutes while it was doing its stuff, it eventually came back, and everything looked good.  As with all macOS beta updates (and the OSX ones before it) you kind of know which Applications are the most likely not to work.  Little Snitch (which keeps track of my incoming and outgoing network traffic) never works, but unlike previous years there was already a beta version available to download that got things up and running.  1Password also has a tendency to break, although not entirely.  The 1Password Application itself was still fully functional, but the Safari extension that means you simply click a small icon to complete online passwords was broken.  Again, switching to the beta updates fixed this straight away.  The other major thing I noticed after a few hours was Time Machine not backing up to FreeNAS.  This doesn’t currently have a fix, and I suspect is down to the new APFS, but in all honestly, it’s not really a major issue.  In fact, it’s quite nice that if I need to go back to a previous version, the Time Machine backup will be the one from just before I upgraded.  My documents are all synced using ownCloud, and the media files are stored on a separate HDD and backed up to FreeNAS, so I’ll wait to see how Apple fix that with future updates.  I suspect it might be a major change, and a shift away from AFS (Apple File Sharing) networking to SMB (Server Message Block) which will need a change of approach on how I network my Apple devices to FreeNAS.  Probably a good thing, as SMB is far more widely used and updated more frequently, but at the minute AFS works, and is the only way to use Time Machine easily.

So far, everything else appears to ‘just work’ – how very Apple!  I use my iMac to manage my music library in iTunes, and that works fine.  I also use it to manage my photo library in Aperture, and that still works too (even though Apple stopped developing it a few years ago).  I might have another look at switching to Apple’s Photos app, which has seen some major updates in High Sierra, but I like Aperture and have a simple and robust workflow for managing all the pictures I take on various cameras.  I also use Calibre for managing my eBook library, and that works too.  Pretty much everything else I tend to do on my MacBook and use the iMac simply as a larger screen, but I haven’t found anything yet that would stop me installing the Public Beta on that, not that I will!

I would never encourage anyone to run beta software on a device you rely upon, or feel uncomfortable restoring should things turn bad.  It’s for this very reason that I’ve not updated my Apple TV to tvOS 11, partly as it’s painful going back, and mainly because other people use it and would complain if it wasn’t working.  Otherwise, I think it’s fun, so fill your boots 😀