I thought I’d published this blog, but I’d only saved as a draft, so in terms of a timeline, I actually wrote this before I moved my blog from web to WordPress.  It’s only relevant regarding the FreeBSD 9 EOL, as the problems described below had been learned before creating my WordPress jail, hence the reason it wasn’t mentioned!

Well, as my SSL certificate from an earlier blog was coming up for expiry later this month I thought I better have a go at setting up certbot on my Nginx-proxy server, so I don’t have to mess around creating a cert manually and copying it across to the server.

END_OF_DOCUMENT_TOKEN_TO_BE_REPLACED

Moving from web to wordpress (part 2)

I’m writing this about a week after the event, so it might not be entirely accurate, but needless to say it wasn’t quite as straightforward as I’d expected when I first had the idea!

END_OF_DOCUMENT_TOKEN_TO_BE_REPLACED

Moving from web to wordpress (part 1)

Not that you’ll really care, as I suspect you never actually found the old one 🙂

If you’ve read through anything before this, you might have worked out that my WordPress installation was running in a FreeNAS jail with a FEMP stack.  I use it for various things, of which WordPress was just one.

I was wanting to update the ‘MP’ bit of my stack for WordPress but thought it would be easier to create a new jail with an up to date FEMP stack and then use some of the WordPress knowledge I’d gained to rebuild things in a jail dedicated to WordPress.

So it’s goodbye ‘web’ and hello ‘wordpress’.  Maybe after a few months, you’ll find this blog and wonder what on earth this post was all about… 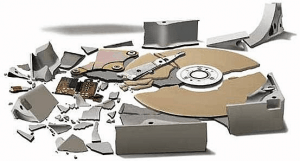 Always a pain, but at least with my FreeNAS set-up, it’s never too much of a worry knowing I can tolerate 2 failed drives without any loss of data, whilst also having the safety net of a full local backup.

To be honest, the drive in question hadn’t actually failed but had reported SMART errors for a month or so.  It started with just 8 unrecoverable sectors, which I tend to ignore for a short time.  Only when it jumps above 8 do I take action, which it did yesterday.

END_OF_DOCUMENT_TOKEN_TO_BE_REPLACED

Another non-eOS blog, but this has wasted some of my time this week and thought it might be useful (at least to me in 3 months time!)

In today’s internet world, creating and using a Secure Sockets Layer (SSL) certificate (cert) should be much easier.  Ok, it’s actually a lot easier than it used to be a few years ago, but it’s probably still beyond most people running a simple web site/server (including me!)

I first got interested in SSL when I started using ownCloud and initially used a self-signed cert.  These are great for testing stuff out but invariably will generate error messages when accessing the sites through most browsers.  If you have complete control over the machine, you can trust the self-signed cert, but where you don’t it’s a case of ignoring the errors which become a pain every time you go there.